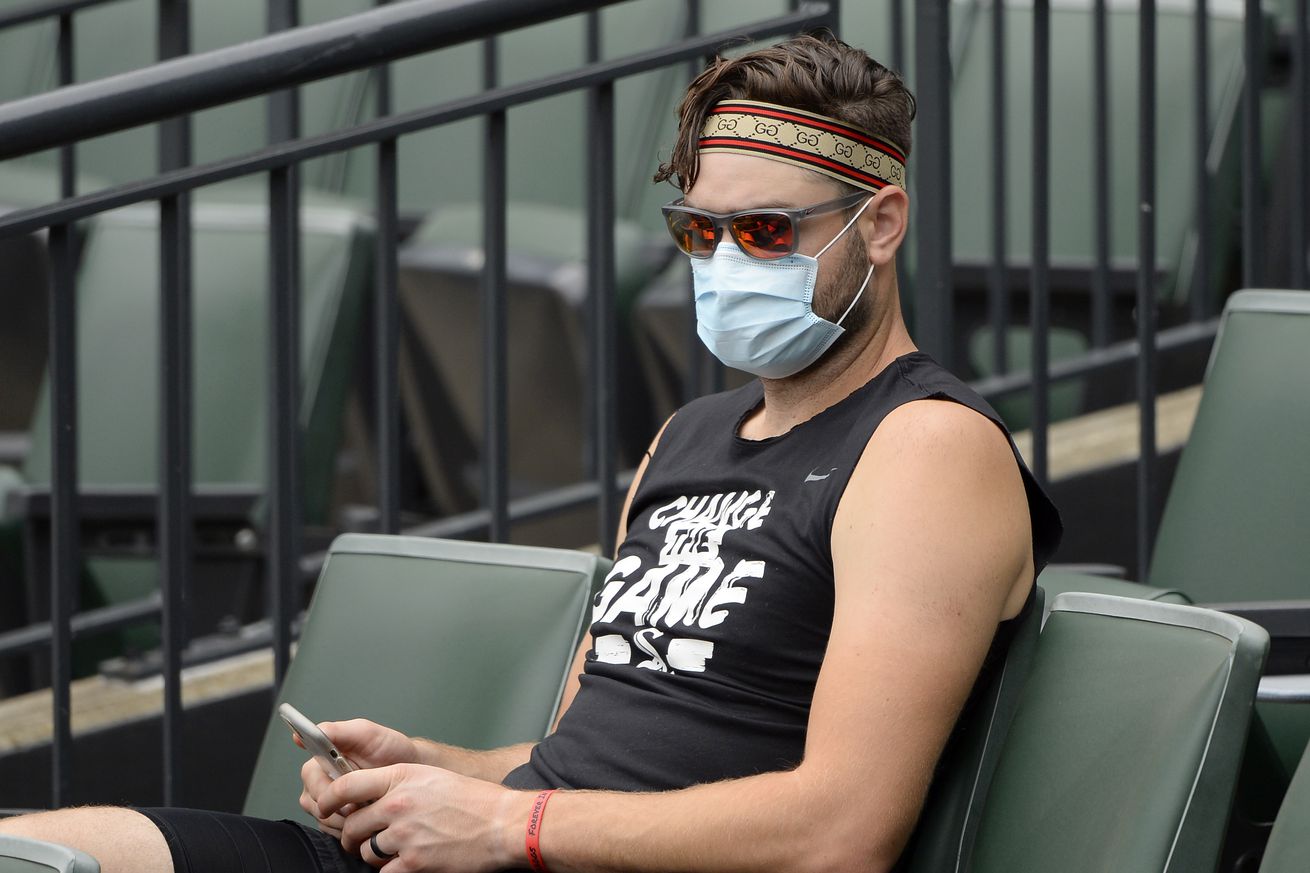 The Indians wrapped up their series against the Royals yesterday afternoon with a nine-run outburst anchored by José Ramírez continuing a hot start. Can he, and the rest of the Indians, keep up the momentum against a team that is expected to be competitive this season?

If not competitive, the White Sox should at least be fun. They are somewhere along the lines of the 2015 or 2016 Indians right now — young, full of talent, and knowing anything can happen. They will face the “weakest” part of the Indians rotation in Aaron Civale and Zach Plesac, but finish the series against the team’s undeniable ace, Shane Bieber.

Assuming the Indians can find a way to reload and stay competitive with their stellar young rotation, this could be the start of a beautiful rivalry between these two teams.

Team in a box

In 14 starts as a rookie last season, Dylan Cease showed impressive strikeout numbers with a 24.9% strikeout rate, but walked a tenth of the batters he faced and he allowed 15 home runs in 73.0 innings. This will be the 24-year-old’s 2020 debut. He finished his rookie campaign with a fastball velocity in the 92nd percentile and a fastball spin rate in the 87th percentile, according to Baseball Savant. He relies heavily on that plus-fastball but also features a slider, curve, changeup, and sinker in his arsenal.

Carlos Rodón won’t turn 28 until December, but he’s already logged 529.0 innings in the majors. Injuries have slowed him since 2017 and he missed the majority of 2019 following Tommy John surgery in June. He was on track for one of his better seasons prior to the injury — in 34.2 innings of work he had a career-high 29.1% strikeout rate and a FIP- of 78. There is hardly anything remarkable about Rodon’s game at this point, but he throws left handed and that always seems to go poorly for the Indians.

Despite one extremely smart and talented mid-level blog manager picking him as his Cy Young candidate, Lucas Giolito’s 2020 got off to a disastrous start. He lasted just 3.2 innings against the Twins and allowed seven runs off six hits. That’s a 17.18 ERA. That’s not great. Still, there’s a reason he’s the Cy Young choice of handsome analysts everywhere — his ability to control the zone and miss bats is outstanding when he’s on. He finished last season — his second full year as a starter — with a 3.41 ERA, 32.3% strikeout rate, and an 8.1% walk rate.

OF Luis Robert - A popular 2020 Rookie of the Year Award pick by brilliant baseball writers (and everyone, basically), 22-year-old Luis Robert enters the season as the White Sox’s top prospect and sooner or later will probably be their best position player. In a super small sample size of three games, Robert has an average exit velocity of 99.6 MPH on six batted balls. Keith Law ranked him as his No. 6 prospect in all of baseball as a guy with true 30/30 potential and great defense.

In Lebanon, Shock Turns to Fury