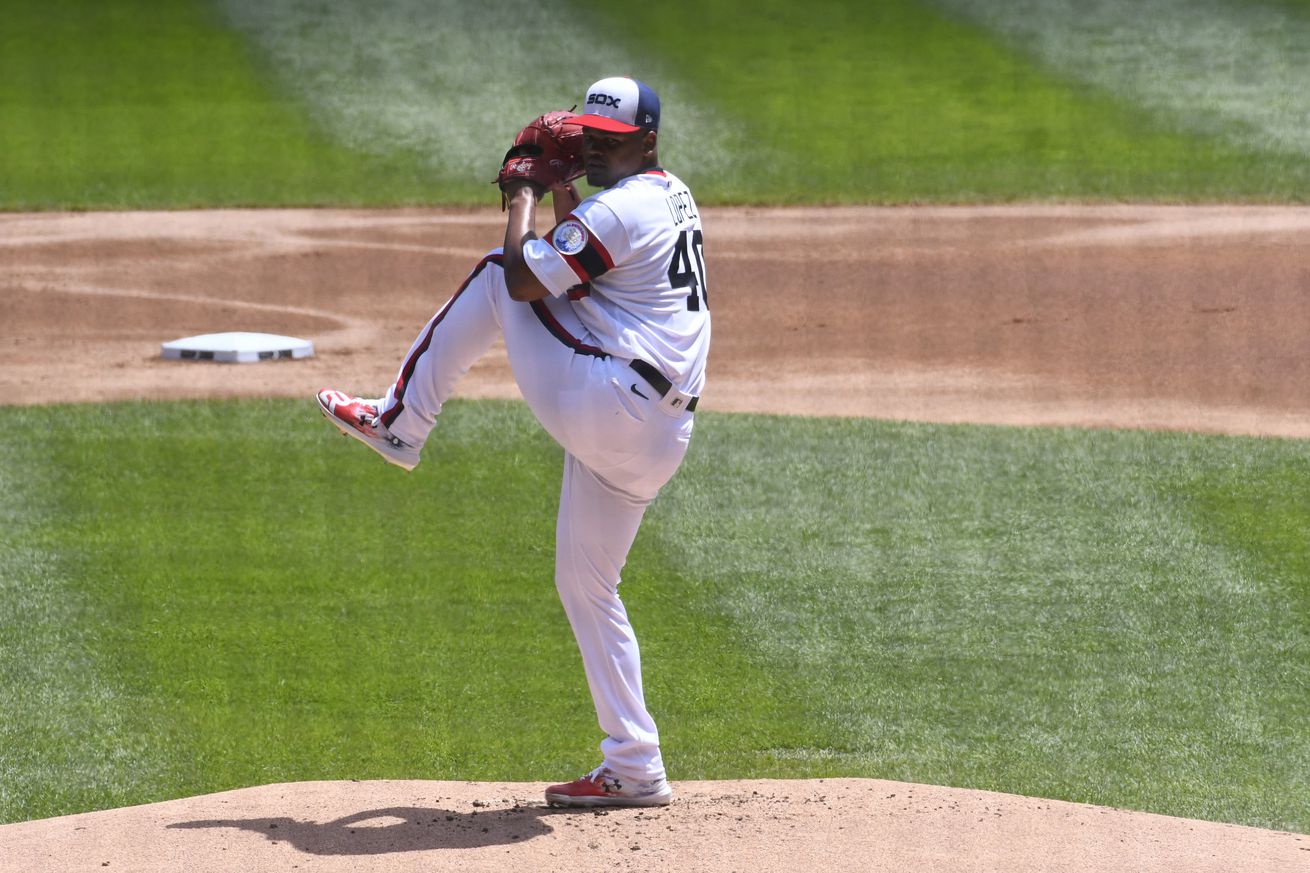 López to the DL, Goins and Hamilton up, Cuthbert gone

Tonight’s game was rained out, so a straight doubleheader begins at 2:40 CT. Dylan Cease starts the opener, Carlos Rodón the nightcap.

Ricky Renteria was hospitalized in Cleveland with congestion. He has been tested and the results should be available later tonight. Bench coach Joe McEwing said that Ricky felt fine and that the hospitalization was on account of the team being extra cautious.

Well, if you were hoping that dropping an infielder off of the active roster might mean Nick Madrigal got a quick call out of Schaumburg, think again.

Yet another player, adding at least to Nicky Delmonico, Cheslor Cuthbert and Danny Mendick, has slipped in front of Madrigal on the depth chart that is said to be helping the White Sox win now.

Ryan Goins, just re-signed a sneeze ago after the White Sox dropped Andrew Romine from the team, has been summoned from Boomertown, just because. Goins replaced Cuthbert on the roster after the third baseman was designated for assignment.

Reynaldo López was placed on the 10-day injured list with right shoulder soreness, with no other news or diagnosis as of yet. Replacing him from Schaumburg will be Ian Hamilton. Thus Gio González (or ... possibly ... Ross Detwiler) will be replacing López for a couple of turns in the rotation.

Two injured, portion of I-270 closed following crash on west side of Colulmbus

SAS: Who Dares Wins star Ollie Ollerton posts about finding ‘new path with no pain’ after being axed by Channel 4