BORIS Johnson has hailed telly fitness coach Joe Wicks as he battles to lose weight and tone up.

The PM, 56, admitted today he was “too fat” but had lost “more than a stone” since his Covid brush with death.

Boris Johnson, pictured in 2017, says he has shed ‘more than a stone’ since his gruelling battle with coronavirus[/caption] He credits fitness coash Joe Wicks for helping him tone up[/caption]

BoJo, who runs daily with his dog Dilyn, urged Brits to join him in his health crusade.

He praised “amazing trainers” such as ‘The Body Coach’ Joe whose lockdown YouTube videos helped whip the nation into shape.

Mr Johnson was 16½ stone and “way overweight” when admitted to ICU with coronavirus.

It is more dangerous for fat and obese people.

In a Twitter video to plug his obesity crackdown, he said he had suffered with yo-yoing weight for years and wanted to slim — and since recovering had been “steadily building up my fitness”.

As part of his bid to get the nation fit, the Prime Minister will today announce a £2billion “cycling and walking revolution”.

It will see thousands of miles of new bike lanes and cycle training schemes.

GPs, who can already put the overweight on Weight Watchers courses, will be able to prescribe cycling classes for tubby patients. 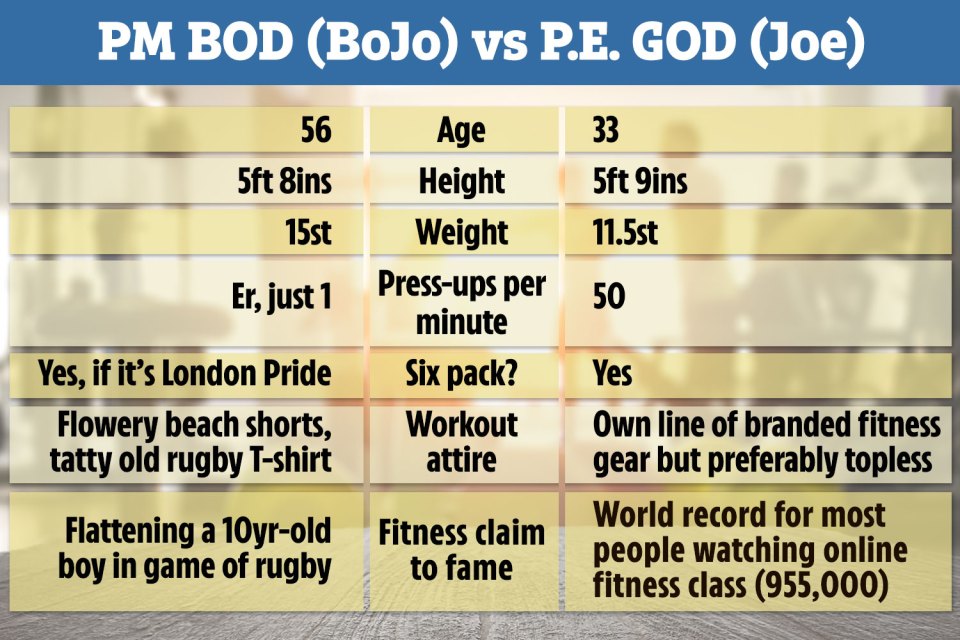 Bikes can be collected at the doctor’s surgery.

The PM said: “To build a healthier, more active nation, we need the right infrastructure, training and support in place.”

He grinned during his Twitter video when he claimed to be “5ft 10in”. He is thought to be closer to 5ft 8in tall.