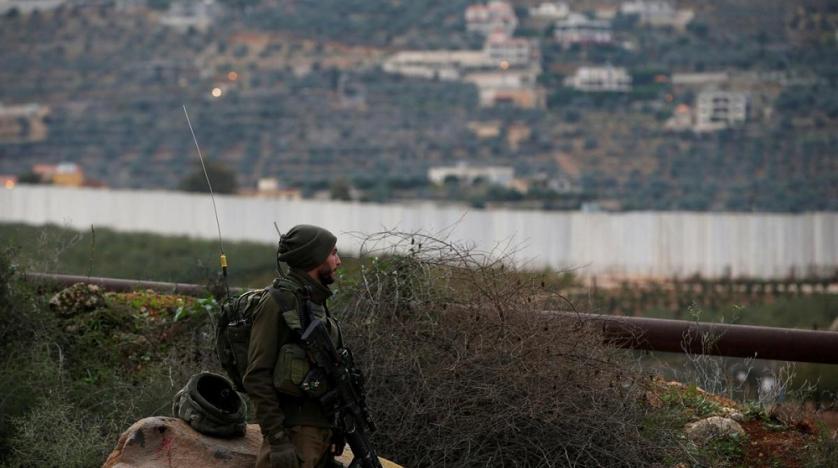 “Hezbollah should know it is playing with fire,” Netanyahu said in a televised address from Israel’s defence ministry headquarters in Tel Aviv. He cautioned that any attacks from Lebanese territory would draw a powerful response.

Earlier, a Reuters witness in Lebanon counted dozens of Israeli shells hitting the disputed Shebaa Farms area along the frontier. Fires burned and smoke rose from the area, but no casualties were reported by Israel or Hezbollah.

Occupied by Israel, the Shebaa Farms is claimed by Lebanon. The United Nations regards it as part of Syrian territory captured by Israel in the 1967 Middle East war.

Israeli forces have been on alert along the northern border in anticipation of Hezbollah retaliation for the killing of one of its members a week ago in an alleged Israeli attack on the edge of the Syrian capital Damascus.

“A Hezbollah squad infiltrated Israeli territory,” Netanyahu said. Saying that Lebanon had “paid a heavy price” for Hezbollah attacks on Israel in the past, Netanyahu cautioned the group’s leader, Sayyed Hassan Nasrallah, “not to repeat this mistake”.

An Israeli military spokesman said between three and five Hezbollah militants had taken part in the operation and had crossed back into Lebanon.

Hezbollah, which last fought a war with Israel in 2006, denied that its forces tried to cross the frontier and said in a statement that the Shebaa Farms incident was “one-sided”.

“There were no clashes or opening of fire from our side in today’s events,” Hezbollah said. “Our response to the martyrdom of Ali Kamel (Mohsen)… will surely come,” it said, referring to the fighter who died in Syria.

A Lebanese source said Hezbollah had fired a guided missile at an Israeli tank. Israeli military spokesman Lieutenant-Colonel Jonathan Conricus told reporters he was unaware of any such incident.

After the killing of two Hezbollah members in Damascus last August, Nasrallah vowed to respond if Israel killed any more of its fighters in Syria. However the group’s deputy leader on Sunday said an all-out war with Israel was unlikely.

Hezbollah fighters have deployed in Syria as part of Iranian-backed efforts to support President Bashar al-Assad. Israel sees the presence of Hezbollah and Iran in Syria as a strategic threat, and has mounted hundreds of raids on Iranian-linked targets there.

Homicide investigation underway after shooting death of a woman in Schenectady