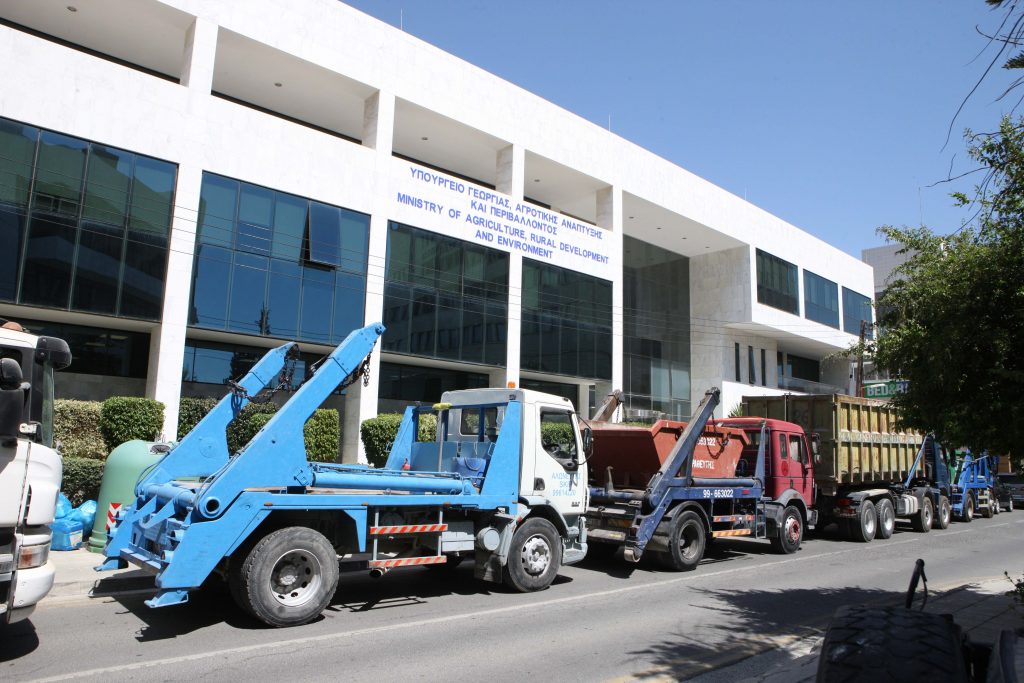 Nicosia waste skip owners on Monday said they would continue their indefinite strike that started last week until the government comes up with a viable solution to spiralling costs of dumping waste.

The association downed tools last week, on July 20, after repeated increase to the dumping costs requested by the sole unit in the Nicosia district that takes in and manages skip waste.

From €60 the skip owners were initially charging their clients, they had to raise prices to €120, then €150, whereas now, skip owners say they would be forced to charge between €200 and €220 to be able to make a profit.

“Since March 2019, we have been raising our prices. Both our clients and we are tired of this,” a representative of the association told the Cyprus Mail.

She explained that after Kotsiatis landfill, where skip owners used to dump their load, closed down they, were told to go to another waste management unit which did not have the necessary infrastructure and closed down after catching fire in July 2019.

They were then told to go to another unit, which is currently the only one in the Nicosia district taking in skip waste, which the association rep said, is now a monopoly.

“We are not putting the blame on the unit, we want the state, that created this mess to provide a solution,” the rep said.

She added that for some time they had found another unit in the Limassol district whose rates were lower but authorities shut it down because it was not meeting some of the requirements, even though the owner had express willingness to do what it takes to be up to standard.

“After we raised our fees to €120 and €150, fly tipping increased,” she said, adding that more and more people find it more difficult to pay the constantly increasing prices.

She added that they cannot take the waste to the management unit in Larnaca due to its capacity. The unit cannot currently serve both Nicosia and Larnaca districts.

Consultations are currently underway with the agriculture ministry, she said, but until a solution is found, their skips, around 4,000, will remain parked.

The post Skips ‘on strike’ over spiralling costs appeared first on Cyprus Mail.

This odor-eliminating gadget was inspired by NASA technology