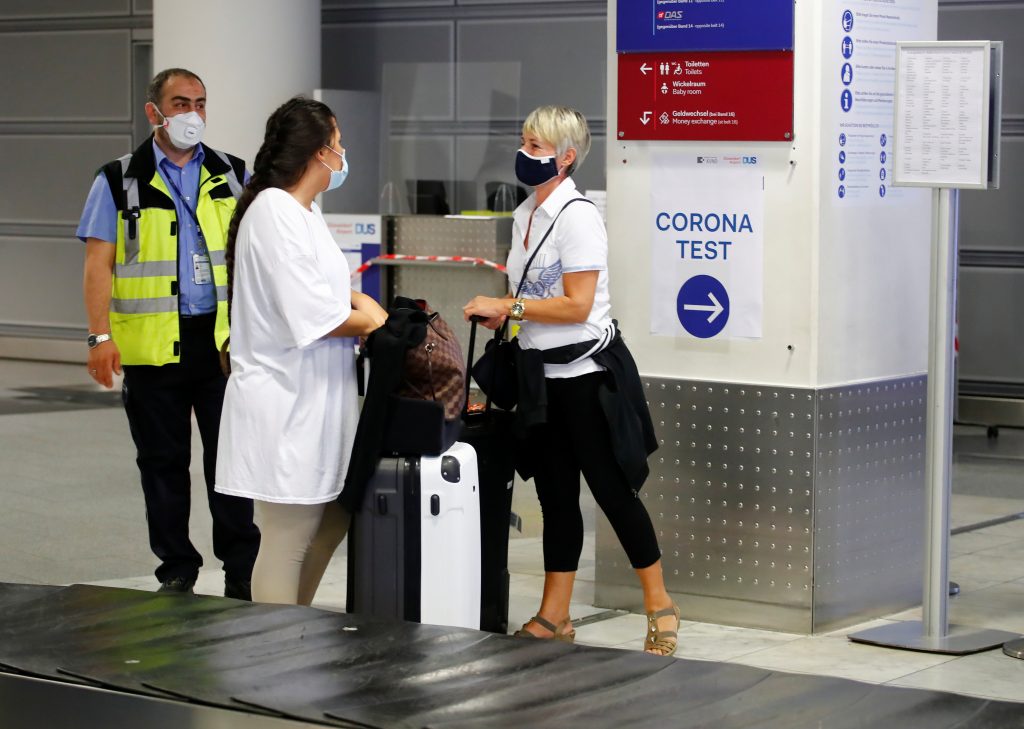 Germany announced plans on Monday for free, mandatory coronavirus tests for holidaymakers returning from high-risk countries in order to slow the spread of infections as the holiday season kicks into high gear.

The announcement came shortly after an abrupt decision by Britain to reimpose a quarantine requirement for travellers from Spain, which has thrown Europe’s vaunted summer holiday-season reopening into disarray.

With infection numbers ticking up as travel resumes after long months of lockdown, concern at the possibility of a second wave of coronavirus infections overrode German scruples about the ethics of forcing people to undergo tests.

“We have to stop returnees from unwittingly infecting others and sparking new chains of infection,” Health Minister Jens Spahn tweeted.

Germany has designated 130 countries as high-risk, including Turkey, Egypt and the United States, but Spahn later told ARD television’s Tagesthemen programme that the list would be reviewed daily, adding that he was worried about the uptick in Spain since so many Germans holidayed there.

Chancellor Angela Merkel’s chief of staff had earlier said it would be harder to make up lost ground later.

“All the indications we have are that it is easier to keep infection numbers down in summer than it is autumn or winter,” he told reporters.

The move is a victory for Bavarian state premier Markus Soeder, who had warned that returning travellers could cause many “mini-Ischgls” – a reference to the Austrian ski resort that was the source of some of Germany’s first cases.

Soeder, seen as a candidate to succeed Chancellor Angela Merkel, had told reporters that Bavaria was ready to start airport testing as soon as the federal government provided the legal basis.

Anything that adds to the barriers facing holidaymakers could come as a blow to Frankfurt Airport, airline Lufthansa and Deutsche Bahn, all of which have been banking on a resumption of tourism to help fuel a recovery.

He also announced voluntary test centres at three road border crossings as well as the main railway stations in Munich and Nuremberg.

Bavaria already has mandatory testing for all seasonal workers.

Isaias near hurricane strength as it crawls toward Carolinas