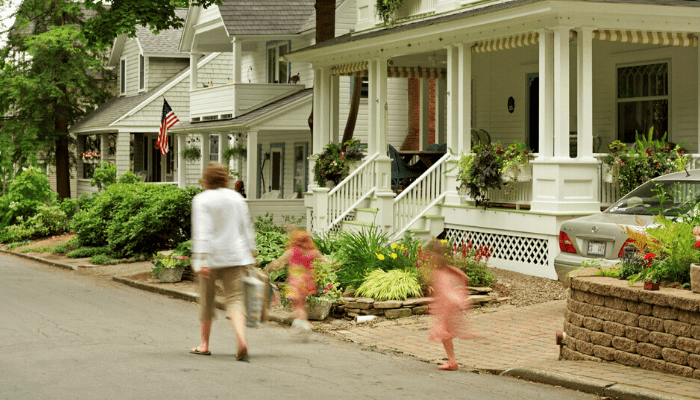 “One of the scariest things for people, even people who are managing, who are making payments, is that their budget is balanced on a knife edge,” says Lara Briehl, a debt counsellor in Washington state. “If they lose any source of income, the whole thing falls down.”

Ms Briehl has worked for American Financial Solutions, a non-profit organisation, for three years. With the coronavirus outbreak paralysing the US economy and leaving millions out of work, her conversations with clients have taken on new urgency. Many of the people she speaks to work in the gig economy, with little access to unemployment benefits, or come from service industries. A lot are facing debt worries for the first time.

Before the virus, Ms Briehl says, she referred clients to social welfare services — unemployment, food, and housing benefits — in perhaps 40 per cent of cases. Now she does so in more than two-thirds.

This is what happens when at least 20m jobs disappear overnight in a country where total household debt had already reached $14.3tn, according to the US Federal Reserve, before the crisis hit.

Payment holidays from lenders and unprecedented government support have kept debt delinquency from spiking. While between 5 and 10 per cent of borrowers have accepted payment forbearance, many are still making payments. And a strong May jobs report has raised hopes for rapid recovery.

But a debt crisis may have been delayed rather than averted, experts say. A resurgence of the virus is possible, and many lost jobs may not return when the pandemic abates. The better than expected jobs numbers in May have reduced the odds of another round of government support. And lender forbearance programmes are already beginning to expire.

“We’ve spun out the clock as long as we can,” Ms Briehl says.

The last financial crisis left lasting scars on the US economy, but also lowered mortgage debt going into this crisis.
“Households went into this with very strong balance sheets, which should give us confidence. There are big debt balances, but net worth [relative] to incomes was at 70-year highs,” says Michael Strain, an economist at the American Enterprise institute.

In 2008, US consumer debt was 115 per cent of after-tax income. Now the figure is 85 per cent. And interest rates have collapsed, making the debt cheaper to carry. Americans are spending less than 10 per cent of their incomes servicing their debt, the lowest ever recorded.

But no amount of debt is easy to bear without an income. And virtually all the deleveraging has happened in housing. According to the US Federal Reserve residential mortgage debt, at $9.7tn, is only slightly higher than it was a decade ago, but Americans’ equity in their homes, at almost $20tn, has grown steadily.
“If you take away mortgages, the numbers don’t look so good,” says Warren Kornfeld, an analyst at credit rating agency Moody’s. Non-housing debt hardly fell after the last crisis and has risen by more than a third since, to $4.2tn. More than a quarter of that is owed by subprime borrowers — not surprisingly, when the net savings rate among all but the highest-income households has been falling for 40 years. Excluding mortgage rates, which have fallen sharply, the cost of debt is higher, too. Credit card interest rates, for example, are at a 20-year high.

And the subprime ranks are set to swell. Over half of the job losses in the crisis to date are in hospitality, construction or manufacturing, industries that depend heavily on hourly workers, who tend not to be homeowners and who depend on auto loans and credit card debt.

“If you have a home, you are sitting pretty well . . . but you do worry about auto loans and credit card loans,” Mr Kornfeld says. Student loans, at $1.5tn, have doubled in the past decade, and more than a third of them are classed as subprime. Student loans are also the only form of debt that poorer households carry more of than rich ones — and they cannot be shed in bankruptcy.

Student loans “are brutal”, Ms Briehl says. “They will garnish you all the way into social security.”

“I’m on the ‘pay till you’re 65’ plan, I guess,” says Sarah, a teacher and mental health counsellor at a community college in Seattle who asks that her real name not be used. After earning a masters in counselling in 2005, she had $70,000 in student debt. She worked her way up through a series of better paying jobs, and was setting up a private practice when the 2008 crisis hit.

Jobs dried up, and she put aside her ambitions to take care of her mother, who had Alzheimer’s. “As I was trying to get back on my feet, I couldn’t pay my loans with the baby on my own and my salary decreasing,” she says. “I just never caught up.”

The 44-year-old was getting back to building her own practice when the pandemic took hold. Her working hours have been cut and she is taking care of her son at home. The practice will have to wait, once again.

“I have a few thousand dollars of retirement [savings] but I’m always choosing between, ‘Am I going to have any savings or do I make these huge payments?’ I try not to spend any money on myself.”

Sarah is not alone. Coronavirus has frightened Americans into prudence. As of the first week of June, credit card loans on bank balance sheets are 11 per cent — or $95bn — lower than they were in March. Consumers are hunkering down and taking out fewer new loans.

The pattern holds even at the lower end of the credit spectrum. Don Gayhardt, chief executive of Curo, a subprime consumer lender, says repayment rates are up.
“Our subprime consumer acts like a prime consumer. They may know the details of their finances even better. They are not reborrowing” in the crisis. He says lending volumes at Curo were off by more than half in April and May. In the last crisis, lending volumes went up modestly. One key difference, says Mr Gayhardt, is that this time there is “a lot of government money for corporations and consumers . . . people are taking that money and paying down debt”.

Such conscientiousness about their debts is good news for lenders. But it suggests that the second economic shock of the young century may leave a lasting dent in demand.

Matt Komos, a researcher at credit agency TransUnion, which tracks all US household debt, says the trend is widespread: “We are hearing from subprime lenders that they have the best payment rates they have ever seen.”

Whether Covid-19 leads to a wave of defaults and bankruptcies will depend on whether state support and payment forbearance last long enough to see households through to a recovery.

Alison, who asked that her real name not be used, has spent her career in social work, schools, addiction treatment programmes and non-profit organisations. She lost her job just before Covid-19 hit, and her search for another has been slow: she needs to keep working from her apartment in Pittsburgh. Severe asthma makes the virus dangerous for her, and she has two children to raise on her own.

She says her debts are “not crazy”, but the numbers are daunting. She owes close to $7,000 on a credit card, another $8,000 on her car, and a $1,500 personal loan from her credit union. These are on top of $65,000 in student loans. The monthly total payments of close to $600 — almost as much as her rent — would be much higher if modest income did not qualify her for low student debt payments.

After losing her job she filed for unemployment benefit and negotiated with her lenders, all of whom have now offered forbearance. Having filed her taxes early Alison had a cash refund in hand, and has since cashed out her retirement account and stopped using her credit card.

But she worries about what will happen when these benefits expire. Despite the forbearance, she is making payments when she can: “I didn’t want to have like a tidal wave of [payment demands] just hitting me all of a sudden.”

Millions of Americans like Alison are surviving because of forbearance. According to TransUnion, 5 per cent of US mortgage holders — 15m households — had accepted forbearance as of the end of April. Between 3-4 per cent of non-mortgage borrowers have also accepted payment holidays.

The question is whether forbearance — along with the cash the government is pumping into the economy — can provide an adequate bridge to recovery. Wall Street’s consensus is optimistic. Goldman Sachs, for example, expects gross domestic product to fall by more than a third this quarter compared with 12 months earlier, then come roaring back, with unemployment — currently 13.3 per cent — dropping into the single digits by early next year.

Claudia Sahm, an economist at the Washington Center for Equitable Growth, is less convinced. She says that strong consumer balance sheets from before the crisis will be of little help and that, even after the strong May jobs report, anyone expecting the recovery to be as abrupt as the decline is going to be disappointed. “Every recession has a different cause, but when they get going they all look the same.”

Such high levels of joblessness could trigger a wave of defaults. In credit cards, the rule of thumb is that the percentage of debt that goes bad roughly matches the unemployment rate. There would also be long-term damage to the economy. After deep recessions, some workers are always permanently frozen out of the workforce.

“The danger is that many businesses will be destroyed or will emerge as unviable in the coming months,” says the British labour economist Richard Layard. “It’s not going to be easy to move those people into something new.” And it will become all but impossible for many of these workers to service the debts they have accumulated in the years since the last crisis.

Amir Sufi, an economist at the University of Chicago, argues that because of lower rates and forbearance, the probability of a default crisis is much lower this time. But he sees another risk in all the new debt — household, government and corporate — that will be created to prop up demand.
“The longer-term risk is that the Fed policies along with the forbearance programmes will encourage more and more debt,” he says. “It’s not a freebie just because rates are low and there are not defaults.”

Rising household debt amounts to the slow transfer of wealth from debtors, who tend to have lower incomes and a high propensity to spend, to lenders in the US and abroad, who tend to be richer and to save. The result is a US economy caught in a cycle of rising debt, low rates and weaker demand.

“The secular trend is unsustainable because it is going to lead us to become like Japan, with permanently sub-par demand,” Mr Sufi adds.

The catastrophic near-term outcomes envisaged by Ms Sahm and Lord Layard, and the long-term enervation that worries Mr Sufi all have one thing in common: the pain inflicted by debt will be felt most intensely by the most vulnerable Americans. A system already tilted in favour of the rich is set to become more so.
Ms Briehl, the debt counsellor, says the hardest part for the people she talks to — and for her — is the uncertainty of the situation, not knowing when things might get better or worse.

“You don’t want to recommend that people file for bankruptcy with all that entails, and you don’t want them to fall behind on $20,000 in payments and face potential collections. You just don’t know if they are going to be able to make the next payment,” she says. “This isn’t normally hard for us to [calculate]. But imagine what it is like for someone who is living it.”