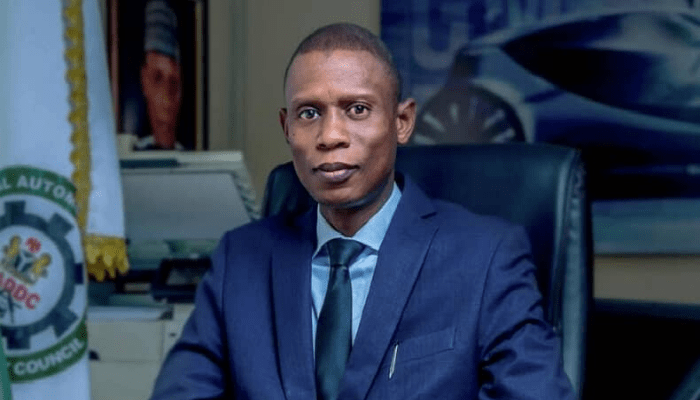 Director General, National Automotive Design and Development Council (NADDC), Jelani Aliyu MFR said the agency has fallen in line with President Muhammadu Buhari’s led administration on economic diversification policy as the government made it a priority to diversify from the crude oil into agricultural, industry, mining and tourism sectors.

According to the NADDC director-general, ‘’When you talk about the industry, no other sector can play an important role as the automotive sector, that is why we are excited and proud to be one of the 17 parastatals under the federal ministry of industry, trade and investment, saddled with responsibility of developing local automotive sector by implementing the National Automotive Industrial Development Plan (NAIDP) which has five key elements’’.

According to details made available to BusinessDay He stated that the five key components includes; investment promotion, infrastructural development, improvement of standard, skills as well as market development.

He further explained that with these key areas of NAIDP whose focus is to revive, develop and sustain local the automotive industry in terms of production of vehicles and its components in Nigeria.

So when NAIDP is mentioned, the important pillar is skills development. In his words, ‘’As you are aware the present administration is committed to lifting 100 million people out of poverty in the next ten (10) years and we can achieve that by creating jobs, building more Industries, getting people engaged in more productive lives.

It is in pursuit of this federal government plan that the NADDC is building seven training centres in each geo-political zone of the country, so as to empower youth nationwide.

‘’We are far in that projects and some of these automotive training centres were already completed and are in the process of getting all the necessary equipment in place and those that have not been completed would be completed soon”. He added

Jelani further said the NADDC is constructing three automotive hubs in Sokoto, Ondo, and Owerri and these centres would be equipped with all the necessary equipment and highly professional staff who will be able to diagnose any vehicles, maintain or repair it, right there,

“So with such projects, I can say that we have ten (10) very important projects that are contributing towards fulfilling President Muhammadu Buhari’s promise to lift 100 million Nigerians out of poverty in the next ten years”.

Another key component of National Automotive Industrial Development Policy (NAIDP) will be investment promotion into the automotive sector. To meet this set objective, the Council is working with both local and international companies and other entities to set up assembly and production plants in Nigeria.
As a result of this initiative, billions of US dollars had been invested into the country while a number of automotive plants have been set up by automotive companies such as Honda, PAN Peugeot, Innoson, Nissan, ANAMMCO and Dangote Trucks that are assembling vehicles in the country.

Jelani renewed the commitment of the NADDC towards the continued promotion of that investment into the automotive assembly. ‘’We are also talking with Volkswagen manufacturers with whom we have signed a Memorandum of Understanding (MoU). We are also discussing with other big international players to come into Nigeria and produce vehicles locally” Jelani added.

Infrastructure development the director-general insists is another key component of NAIDP as the NADDC is working towards constructions of three automotive industrial parks in Kaduna, Ode-Omu and Nnewi.

These would be centralised locations with all the necessary infrastructures like electricity, water connectivity and other resources to make it easier for companies to come in and set up industrial facilities within these parks.

It would be a public private partnership (PPP) project initiative. NADDC is working closely with the relevant stakeholders and is optimistic that these will be locations that will enhance and allow the agency to actualize its local content development target which would enable enhance the development of more components locally.

How to watch UFC 251: UFC's 'Fight Island' starts this weekend with 3 championship matches