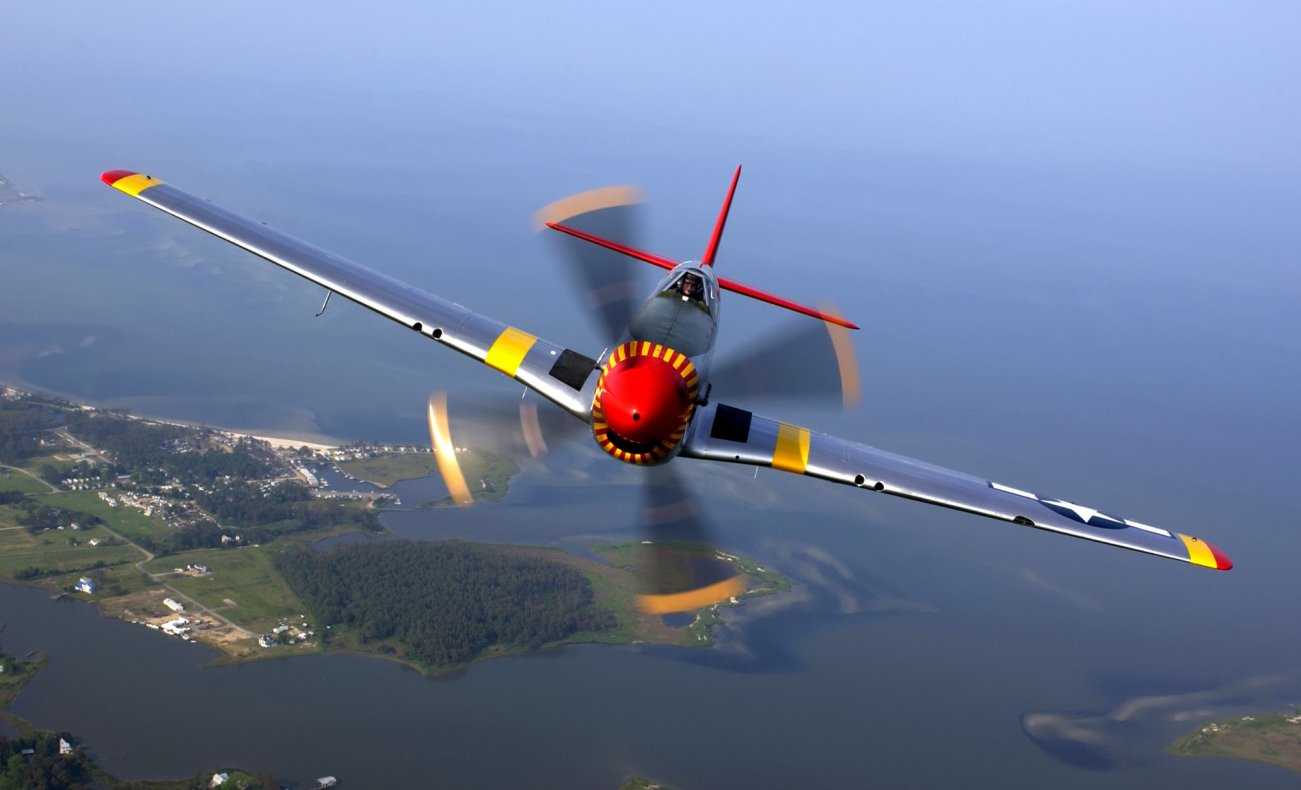 Warren Thompson’s new book F-51 Mustang Units of the Korean War focuses on the veteran fighter’s role in Korea, and also exposes the plane’s little-known history with Australia, South Africa and the Republic of Korea.

Here's What You Need To Remember: The F-51D Mustang, which by 1950 was predominantly assigned to Air National Guard and Reserve squadrons based in the continental United States, turned out to be the ideal aircraft for relieving the pressure on the United Nations forces.

Even More from the National Interest:

Where World War III Could Start This Year

Russia and China Nearly Went to War in 1969

The public mostly remembers the North American P-51 Mustang as the fighter plane that protected Allied bombers over Germany and Japan during World War II. Overshadowed by newer jet fighters by the time war broke out in Korea in 1950, the re-designated F-51’s relative technological backwardness became a qualified blessing for close air support and battlefield interdiction sorties against the Korean People’s Army.

Warren Thompson’s new book F-51 Mustang Units of the Korean Warfocuses on the veteran fighter’s role in Korea, and also exposes the plane’s little-known history with Australia, South Africa and the Republic of Korea.

North Korea’s invasion of the South on June 25, 1950 startled the U.S. military in the Far East, which was enfeebled by post-World War II demobilization. The only U.S. warplanes in the region were F-82G Twin Mustangs and F-80C Shooting Stars operating from Japan.

While these aircraft did a commendable job conducting reconnaissance and ground attack and covering the evacuation of U.S. nationals from the war zone, there were not enough of them to go around. Additionally, the F-80Cs’ high fuel consumption, limited bomb pylon slots and the long flight transit from Japan to Korea constrained their loiter time over the battlefield to mere minutes.

The F-51D Mustang, which by 1950 was predominantly assigned to Air National Guard and Reserve squadrons based in the continental United States, turned out to be the ideal aircraft for relieving the pressure on the United Nations forces. The Mustang’s long operating range and endurance, which had served it so well in World War II now allowed it to roam over the battlefield for a more protracted time than the F-80C was capable of.

Unlike the newer jet fighters, the F-51D was more tolerant of the rough, improvised air fields typical to Korea – so they didn’t have to spend hours flying back and forth from air bases in Japan. In addition to its six .50 caliber machine guns, the Mustang could sling a respectable array of napalm, bombs and anti-vehicle rockets under its wings.

As Thompson explains, in the first month of the North Korean invasion the only F-51s within Korea were 10 which the ROK Air Force was using for training its first combat pilots. American pilots, many of whom were transitioning to the F-80C, were put back in their previous mounts alongside B-26B Invaders and U.S. Navy F4U Corsairs that were joining the battle to hold back the KPA.

Meanwhile, the U.S. Air Force was busy harvesting as many F-51s as it could from United States-based squadrons and hastily packing them on the aircraft carrier USS Boxer for delivery to the war zone. Upon their arrival, the Mustangs immediately launched harassing raids upon the hordes of KPA troops and T-34/85 tanks that were squeezing the U.N. forces around the Pusan perimeter.

Thompson describes how several problems cropped up during this phase of the war for the Mustangs and their crews. Conditions at Korean airfields were, plainly speaking, hellish. The blazing summer turned Pohang airfield, on the eastern side of the Pusan perimeter, into an open air sweatshop for pilots and ground crews who subsisted on C rations and tepid water rendered distasteful by purification tablets, while sticky dust choked up the Mustangs’ engines and fuel lines.

Targeting the advancing KPA was difficult owing to the presence of civilian refugees using the same roads as their pursuers.

Punishing attacks inflicted by U.N. air power forced the KPA to restrict troop movements to nighttime and to camouflage soldiers and equipment with any available cover — sometimes by driving tanks into houses or haystacks. Of all the various ordnance types the Mustangs used, KPA troops feared napalm the most.

After the Americans’ successful amphibious assault on Inchon, the F-51D squadrons aided the pursuit of the retreating KPA into North Korea — but their casualties spiked. Ground fire was the primary threat to F-51s owing to the fragility of their Merlin engines. Chinese MiG-15 jets flying out of Manchurian sanctuaries posed an additional hazard from November 1950 onward.

The speedy Soviet jet’s 23-millimeter and 37-millimeter cannons out-ranged the Mustang’s own machine guns and could critically maim most aircraft with a single explosive hit. Over-matched in almost every way, the only way for a Mustang pilot to survive was to turn into the oncoming MiG and fly straight under its flight path and escape.

North Korean Yakovlev Yak-9s fighters were more manageable adversaries for the F-51D. The Yak-9 was a capable fighter that, like the Mustang, had proved itself in battle against the Germans during World War II. Its lightweight construction allowed it to climb faster than the F-51D and out-turn the American plane. But the American pilots were more skilled than their North Korean rivals and U.N. fighter jets helped protect the F-51Ds from the Yaks when the weather was clear.

Thompson’s book offers a fascinating look at at the Mustang’s service with Australia’s No. 77 Squadron, South Africa’s No. 2 Squadron and the Republic of Korea Air Force. The Royal Australian Air Force employed F-51Ds for just nine months between July 1950 and April 1951 prior to replacing them with Gloster Meteor jet fighters. The Australians lost 10 pilots killed in action and four more to accidents. Before assisting other U.N. forces in hammering KPA hordes around Pusan, the Aussie F-51s escorted American B-29s razing Yonpo airfield.

South Africa’s tenure with the aircraft began in November 1950, when the Africans flew their first combat missions from Pyongyang. Their losses totaled 12 killed in action and 30 missing.

The South Koreans contrasted with the American, Australians and South Africans in that their pilots were mostly green and fighting a war that posed an existential threat to their country. While the other U.N. combatants were using the Mustang as a stopgap measure prior to replacing the type with jets, for the ROKAF the F-51D was a mainstay warplane.

As Thompson recalls, the ROKAF’s first wartime F-51 loss occurred when a pilot who could not return to base after taking ground fire crashed his damaged plane into a North Korean tank. The Mustang would finally retire from South Korean service in 1957. U.S. Air Force F-51Ds that survived the heavy ground fire, marauding enemy fighters and accidents were gradually replaced by F-86E Sabres. The last Mustangs passed to the ROKAF in January 1953.