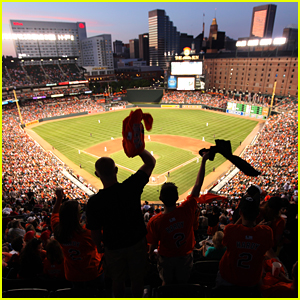 The Major League Baseball Players Association has reportedly come to an agreement.

The baseball league will kick off the 2020 season in July, ending their hiatus due to the global health crisis, according to new reports from CBS Sports and ESPN on Tuesday (June 23).

According to the reports, players agreed to go to training camp on July 1, with a planned Opening Day for July 24. The season will consist of 60 games, and will end in September – which is less than half of the typical games played in a usual season.

The post-season will come to an end by October, which coincides with Dr. Anthony Fauci‘s recommendation that the sport “avoids” the colder late fall and winter season.

“Players would receive the full prorated share of their salaries — about 37 percent of their full-season salaries and around $1.5 billion total…players would not receive forgiveness on the $170 million salary advance they received as part of the March agreement and would get no money from the postseason,” ESPN reported.

The exact health and safety protocols have yet to be determined, according to CBS Sports.

In related sports news, this superstar of tennis and his wife just tested positive for coronavirus.

Hamilton's Jonathan Groff Is Aware That He Spits While Singing, Plus Fans Are Reacting!