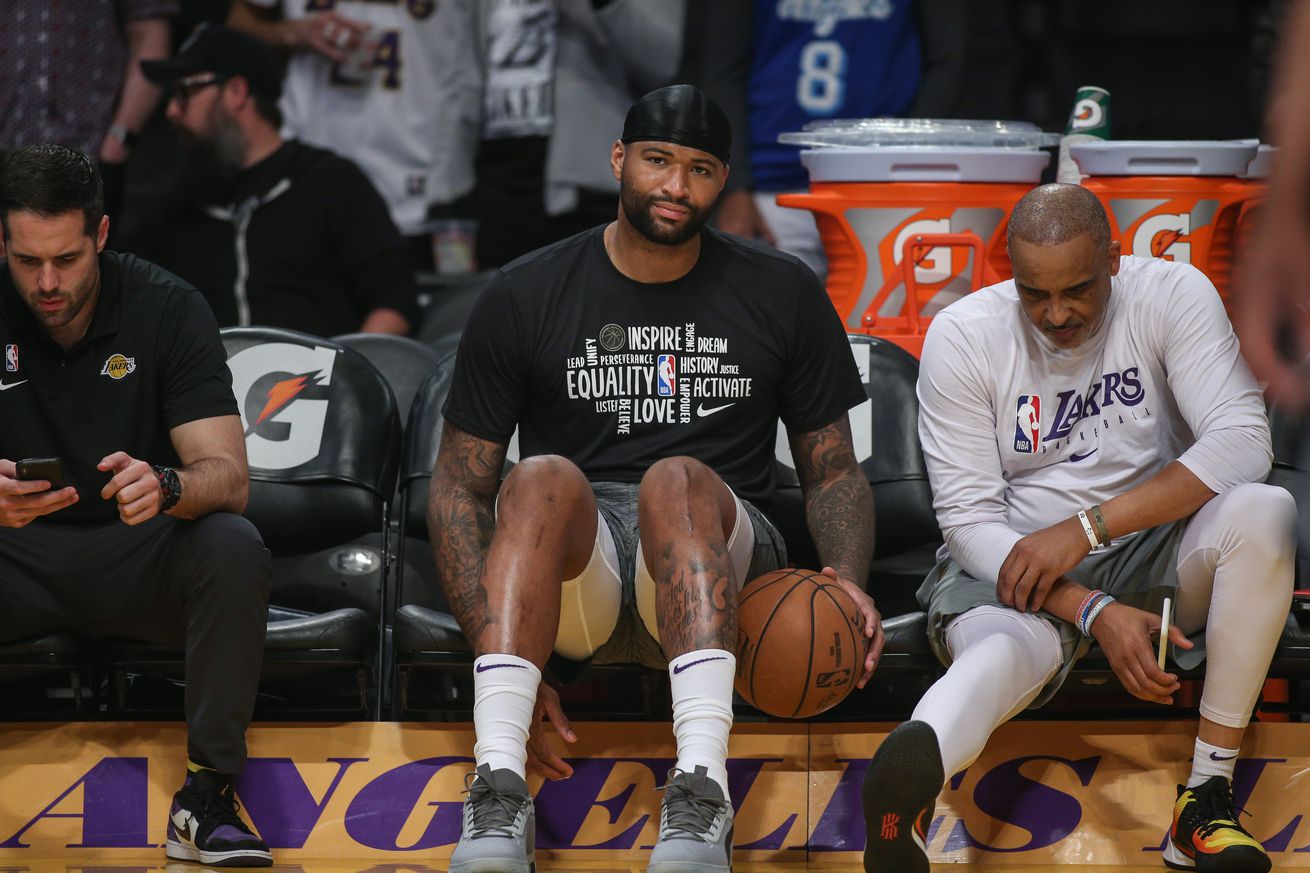 Our latest show discusses the latest news on DeMarcus Cousins, Anthony Davis and the Lakers taking the next step closer to the NBA coming back.

On Tuesday, the Lakers took their initial steps toward a resumption of basketball as both players and staff were tested for the coronavirus, with results expected in 24 hours, according to ESPN’s Dave McMenamin.

With positive cases already beginning to sprout around the league, and several players contemplating sitting out altogether, basketball being played again still feels like it is very much up in the air, even if the league is clearly attempting to move forward as best it can. Which brings us to today’s episode of the Silver Screen and Roll podcast.

On this week’s edition of “Talk-O-Tuesday,” our hosts Alex Padilla and Alex Regla discussed the Lakers’ testing practices, before segueing into the latest news on their former center, DeMarcus Cousins — who was the subject of conflicting reports on whether he’ll play or not — and whether all this news indicated that his return to the purple and gold this season or next was more or less likely than it seemed before.

Also discussed on the show is Anthony Davis’ upcoming contract (and his new deadline to make a decision by), as well the latest on the potential return of baseball, as well as Alex and Alex’s thoughts on the developments of that story.

You can listen to the entire episode below, and to make sure you never miss a single one, subscribe to the Silver Screen and Roll podcast feed on iTunes, Spotify, Stitcher or Google Podcasts.